Here is this week’s Memo from Moderator David Grimsted, continuing his thought-provoking exploration of our church’s roots.

There would never be in America, perhaps in the whole world, a man who did so much to foster and found a free and decent society as Roger Williams. He studied, respected, and lived in peace for forty years with his Native American neighbors. He hated slavery and fought to ban it. And he was Christianity’s first successful advocate for religious toleration and the separation of church and state. He did this in the face of deep hatred from Anglican loyalists and his Puritan neighbors. The Puritans hated him because he was wholly uncompromising about their shared belief in human sinfulness and God’s just wrath.  Williams would be unlikely to attend our UCC. We would tolerate each other, while this time of Covid-19 seems to vote in his theological direction. 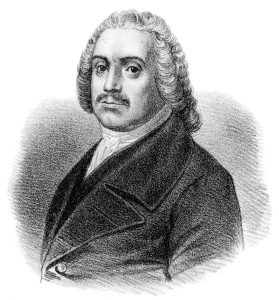 The son of a London merchant tailor, Williams became apprenticed to leading English legalist, Sir Edward Coke, who supported the bright young man’s education, climaxing in his time at Cambridge University, the learning center for many future Puritan ministers. Williams went there expecting to preach in the Church of England, but soon decided it offered a debased religion of prideful social pretension. He sailed in 1631 to Boston where, amiable and well-educated, he was immediately offered a ministerial position. He refused it, because he did not want to serve in a church that dishonestly pretended to be part of Anglicanism. He went to preach for some months to the Separatists of Plymouth, but he left there, probably because that community had no desire to separate church from their legal system.

He took a position with a half-renegade Salem church from which he continued to torment Puritan leaders. Most dramatically, he published a pamphlet that argued, with undiplomatic honesty, that the colony’s charter was fraudulent because the King lied about ever possessing the land and the true Indian owners had not been involved. The pamphlet was burnt by the authorities. For another year Williams continued to irritate the government and to isolate himself from most of the Salem congregation. Convicted of treason and heresy,  Williams was warned by John Winthrop of impending arrest. He escaped to live several months with the Wampanoags before buying a small section of Rhode Island from these “true owners.” He soon bought a larger chunk of land, including what would become Providence, from the Narragansetts.

Rhode Island proved a convenient home for those expelled and leaving in the Anne Hutchinson fight. Hutchinson and a small group soon left, while a good many of these exiles became Quakers, including William Coddington, who bought an area around Newport from the Indians and often challenged Williams’ leadership. From the beginning religious toleration (a number of Jews came) and separation of church and state were colony policies.

As Rhode Island prospered, Plymouth and Puritan New England began to view it greedily. Williams in 1645 saw the wisdom of a colonial charter and went to England to get it. He did, despite passionate Puritan opposition. People almost always liked Williams personally. He became a friend of John Milton with whom he shared linguistic expertise, he teaching the poet Indian language and Dutch, while Milton improved his already fluent Hebrew. Milton aided the publication of Williams’ first two books.  A Key Into the Language of America was the first work of its kind and also contained an appreciation of Indian culture, some of it in verse:

Boast not, proud English, of they birth and blood.
Thy brother Indian is by birth as good.
Of one blood God made them and thee and all,
As wise, as fair, as strong, as personal.

Williams’ second book insured he would visit no place without creating hate-filled conflict. Parliament immediately banned The Bloody Tenent of Persecution for the Cause of Conscience , while the public hangman was ordered to burn all copies. Williams, having sailed home before publication, found safety in Rhode Island. Less able a writer than a thinker, Williams’ best toleration statement came in a one-paragraph public letter of 1655. Using a ship as community, he argued that Papist, Protestant, Jew, and Turk all should be free to pray, think, read, and talk about their religions as they wished, but all were obliged to act in accord with all civil laws pertaining to the safety and good functioning of the ship.

England in the 1650s put pressure on the colonies to legalize slavery. All Northern colonies were happily willing to join their Southern neighbors—except Rhode Island. Williams and others fought to ban it, but now-Quaker William Coddington refused to accept the ban. His Newport became, for over a century, a center for the slave trade.

Coddington hated Williams as a political rival and theological enemy. Williams wrote a pamphlet suggesting that the idea that humans had an inner voice, through which they heard God and spoke His truths, a sacrilegious silliness of human pride. Williams himself accepted Baptist baptism, in part as protest against parents pretending to predict and control the religious direction of their nursing babies. For periods of his life he worshipped only with his family, but decided it mattered little where one worshipped. He attended irregularly the First Baptist Church of his good friend John Clarke, but he refused to join. He always lived modestly by farming, labor, and Indian trading to support his wife and six children, including Mercy, Providence, and Freeborn.

Williams’ genially gentle social actions grew from tough theological roots. Yet this was no conflicting dualism. The good social conclusions grew directly from the bleak theology. Our lives with Covid-19, with so many moderately decent folks like us getting killed and crushed, gives weight to his darker formulations.