This year’s Moderator, David Grimsted, continues his exploration of the Puritans: their history and their ideas about God.

In the popular memory, Puritans exist most vigorously in the Salem Village witch trials of 1692. These cases were important, though always divisive in the church, and then quickly ended and were repudiated. By then, nineteen alleged witches had been hanged and one crushed to death with stones, while five accused people died of natural causes in jail. By furor’s end, about two hundred people had been accused of witchcraft.

This happened when witchcraft attacks were losing their appeal as brutal periodic sport throughout the Christian world. European believers accepted the devil and that people might join him in trying to turn God’s world diabolical. Perhaps a handful did, out of anger at their lives, or with twisted hope of status in the devil’s kingdom. Between 1630-1690, New England executed fourteen witches—ten women and four men—in small, mostly one-person, local events. It was a paltry number compared to the social cleansing of witches in Protestant United Kingdom and Catholic Europe.

A few cases ended in skepticism in the late 1660s, and then derailed the whole witchcraft era. Science was influential in the late seventeenth century. The New England outbreak came two decades after witch cases had become rare. 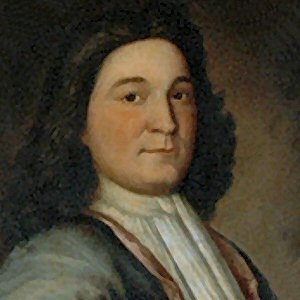 A New Royal Governor
In the spring of 1692, a new colonial charter arrived from London, joining Massachusetts, Plymouth, and northern New England in a largely autonomous democratic unit. With it came a new royal governor, Sir William Phips, who almost immediately became the central figure in the witch prosecutions.

Phips was born in Maine to a large and poor frontier family in 1650. He was uneducated, but driven by dreams of being a huge success. He apprenticed as a ship-builder before going to Boston to learn, marry, dream, and begin building ships. He transferred his successful business to Maine, but lost everything to an Indian attack when he used his best ship to transfer the terrified citizenry free of charge to safety in the south.

He then travelled to England where his genial self-confidence gained him captaincy of a King’s ship, and the right to benefit from a sunken Spanish galleon he hoped to find and loot. He was tough in some bitter fights with much of his English crew, and in 1687 he found his ship and abstracted from it gold, pearls, and L17,000 of silver ingots.

Promising his crew their share of the loot, he sailed directly back to London to turn the fortune over to James II. This bit of honesty led to his fortune, his title, his fame and his royal influence. He returned to Boston, built his wife a big house on the best street as he had promised her, and led a small but well-publicized successful raid on the French in Quebec. When James was dethroned and replaced by Holland’s Protestant William and Mary, Phips went back to England and lobbied for the good new charter. He had Rev. Increase Mather’s support in being made the colony’s new royal governor.

The Salem Situation
When he returned as Governor to Boston in May 1692, the Salem Village situation was exploding. It had begun in January with four girls—8. 11, 12, and 17, the younger girls the daughter and relatives of pastor Samuel Danforth. They began having strange fits, seemingly possessed. Soon they, or others, decided they were. They said the devil—always “small” and “tawny” in these New England accounts—had tried to get them to “sign his Book.”  They knew, they said, two old women and the Indian slave of the pastor, Tabita, were witches. The old women were arrested protesting innocence. Tabita set the coming pattern that was to propel the outbreak: she confessed —and helpfully named names. She and others who later followed her example were absolved and set free.

When Phips arrived in Boston, no one had been executed, but accusations and arrests had occurred in several towns. In early June the first witch, a befuddled old Andover woman, was hanged. On the advice of the Revs. Mather, Phips put a strong believer in witchery, Lieutenant-Governor William Boughton, in charge of the witch investigations. Boughton pushed for convictions, and never thought any mistake was made.

The first mass execution of people convicted of witchcraft, five of them, took place in mid-July. The most prominent victim was Rev. George Burroughs, once a pastor in Salem Village. His passionate defense before his hanging was powerful; ministers had to spur on the hangman. Still another five were publicly executed in mid-August, and then eight more in early September. By that time strong doubts and opposition had developed, in part because some of the victims, such as Rebecca Nurse, were well-liked community and church members. The Corey story was well known. Well-respected Martha Corey was accused of witchcraft after she told her husband, Giles, not to attend the witch trials. Irritated, Giles at first supported the witch accusation. He changed his mind, was accused and he was pressed to death by stones. He refused to plead to insure his money and farm would go to his heirs.

Phips Decides to Intervene
Many now believed that most witches died because of their honesty, their refusal to lie to save their lives. Eight more witches had been convicted when Phips intervened, on the grounds of the mistakes resulting from the use of spectral evidence. Probably he was more influenced by changed communal opinion and the fact that his wife had become one of the accused. Phips pardoned and protected, although some charges dragged on. The last ones were dropped in January 1693. New England witchcraft essentially ended.

Having killed the witch furor, Phips returned to his real commitments. He led a large local armed force to “free” Canada, unsuccessfully in part because of bad luck. This caused his recall to London, where he seemingly was absolved of blame. Before returning to Boston, he contacted a “malignant fever” and died at age 44.

Witchery had died in New England and the western world, shrunk into “social hysteria,” explained by weird enzymes or by personal, family and local tensions and animosities. Generally, purely secular racism took its place as justification for oddly desired periodic social murders. These later American blood rituals were rarely much decorated with Salem Village’s legal niceties.