As we near the halfway mark of 2021, I think back to our stewardship theme this year, “For Such a Time as This.” The phrase comes from the book of Esther, in which Queen Esther convinces her husband, King Xerces, to spare the Jews from state-sanctioned slaughter. This comes at great risk to Esther, who Xerces does not realize is Jewish. At one point, Esther falters, terrified of the repercussions she might face for revealing her identity and attempting to sway her husband’s decree. Her uncle, Mordecai, tells her “Who knows? Perhaps you have come to royal dignity for just such a time as this” (Esther 4:14). 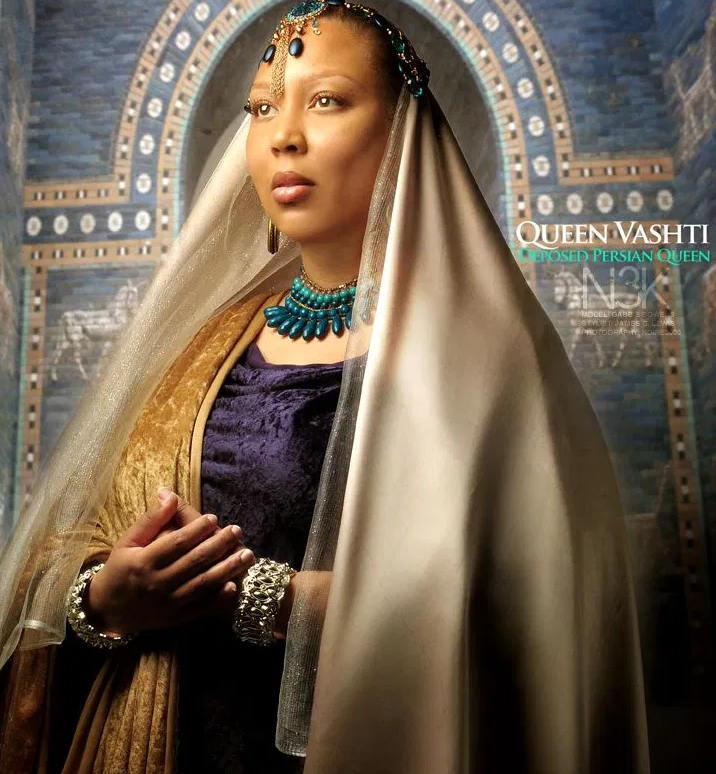 We often hail Esther as a feminist icon, but I love the book for another heroine, Queen Vashti.

To break things down in modern day terms, King Xerces has a seven-day party, over imbibes, and asks his wife to display her beauty to the court. The implication here is that Vashti would be naked, and likely violated by the king’s men. Vashti refuses. Xerces throws a fit (Esther, Chapter 1). Even in 2021 I know a lot of men who do not like to be told no. I can only imagine what the vibe was like 2,500 years ago.

Xerces banishes Vashti, marries Esther, and sends a royal decree that every man should be master in his own house. Vashti exits stage right, and we never hear from her again. Yet, the seed is planted. I can’t help but think that her explicit “No” lays the foundation for Esther’s own subversion later.

I believe there are Vashtis among us, pushing the envelope now, to set the stage for collective liberation, later. I believe we also live among Esthers, who have the option to disassociate from the marginalized, but choose not to.

In white-centered, Christian America, we like to think that we reward those who stand up against their oppressors. Our origin story is the Boston Tea Party, after all. And yet, our origin story is also the Trans-Atlantic slave trade. We often celebrate white men and women for their bravery, but what about the abolitionists, the Freedom Riders, the folks who protested this very weekend outside of Nellie’s Sports Bar after a violent attack on a Black woman? Where are their medals? We live in a country that wants to put Harriet Tubman on the twenty-dollar bill but refuses to pass a bill paying reparations to her descendants. I believe it is our duty as people of faith to push back against this sinful American ideology. We have missed the mark, and we must repent.

In the United Church of Christ, we sometimes say that we take the Bible seriously, but not literally. Whether or not Vashti and Esther’s stories ever actually happened does not matter to me, because I know they are true. Let us use our book of ancient stories and our ever-evolving faith tradition to uplift the modern-day subversive Queens among us. Who knows? Perhaps we were called to this moment at CPCUCC, for just such a time as this.

I want to highlight that while our church has a long way to go in our exploration of what it means to be a Vashti or an Esther, we are on the journey, and we are doing it together. Click here for information on our church’s work and resources on racial justice.

Join us this Friday, June 18, at 5:30 pm for a racial justice rally in honor on Juneteenth, followed by time in the side yard for fellowship. Bring signs and sun screen.

We are also in the beginning stages of a UCC Central Atlantic Conference-guided Racial Justice Audit. Join us after church for coffee hour on June 27 to learn more about what this project will look like, and the conversations and reflection we hope it fosters within our community.

In peace and community and subversive queens,
Holly