As I write, the sun is shining for the first time in almost a week. Though I know it’s the natural cycle of weather and seasonal change, it still seems miraculous!

Since returning September 26 from my four-month sabbatical, I’ve been thinking a lot about seasons, cycles, and change. This summer was a wonderful opportunity for me to get some rest, take care of important tasks at home, and have a little fun! I won’t bore you with all the tasks I completed on the home front, but I promised a few highlights from my travels, so here goes: 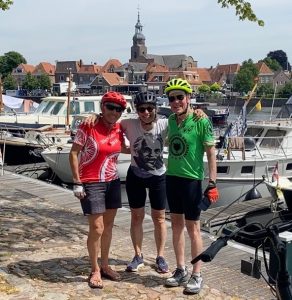 In early July my mom, dad, and I met in Amsterdam for three days and then went on a sailboat and bike tour around the Ijselmeer. Apart from the close quarters of our cabin (one of us snores!), the week was magical. The weather was gorgeous, bike trails plentiful and safe, and the sailboat idyllic. The crew spoke Dutch, German, and English, but the other passengers spoke mostly German. It was interesting to haul out my rusty Deutsch and try to communicate!

Amsterdam is a fascinating city with a long history of religious tolerance (along with its equally long history of Dutch colonization around the world). Spanish and Portuguese Jews who escaped the Spanish Inquisition emigrated there in the 15th, 16th, and 17th centuries and built the huge Portuguese Synagogue in the late 1600s. I was happy to find the home of Etty Hillesum, a young Jewish woman who lived there before and during WWII until her deportation to Westerbork and then Auschwitz. I first read Etty’s journals, An Interrupted Life, thirty years ago, and they continue to inform my understanding of humility and courage to this day. 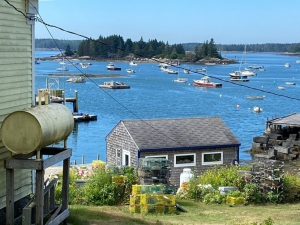 In August, my extended family gathered for a reunion on Vinalhaven Island, an hour ferry ride off the coast of Rockland, Maine. In the “strange but true” category, we rented a house once owned by my dad’s ancestors. It has two of everything, and, as the story goes, was built by two sea captain brothers married to two sisters, who occupied the two halves. We biked, swam in quarries, made chowder, and walked the rocky shores. I also checked out the island’s 19th century Community Church and was startled to find a good example of why our racial justice audit included questions about paintings and photos on church walls. This church had an entire wall at the back of the sanctuary covered in black and white photos of former pastors, all white and all but one, male. It also had three paintings of Jesus, each most definitely white. I’m pleased we don’t have to remedy this at Cleveland Park! 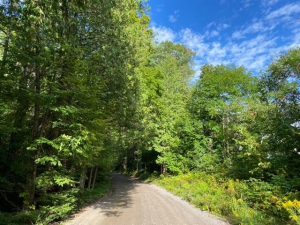 Last, but not least, at the beginning of September I traveled to southern Ontario for a self-guided retreat with two friends. I wanted time and space for reading, writing, and reflection as my sabbatical drew to an end. The weather was gorgeous and cool, and on the last day four Golden Eagles circled, soared, and played above our heads. I took this as an omen. 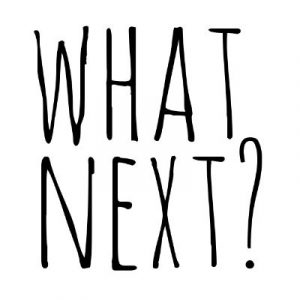 Over the past four months, I’ve come to understand that my sabbatical question, “What Next?” must be balanced with “What Now?” If I’m too focused on what’s to come, I lose the beauty of whatever’s happening in the moment. If I’m too focused on the future, I forget to ground myself in the place that I am. I want to be as present as possible, knowing whatever comes next can only emerge from where I am now.

I’ve come to realize that, in this season of life, it’s time to prioritize my own healing. As I continue my years-long journey as a mother of children who have special needs, I must take better care of myself. I hope my doing so will encourage some of you, and I extend my hand to all who wish to accompany me on this path of healing and change.

In the past, I’ve often asked myself what I could set down. Which I then found incredibly difficult to do. But about a month ago, I had an “aha moment.” I realized that, by going on sabbatical, I’d already set down my role as pastor. I’d “let go.” And I understood that, when I returned, it would be my choice what to pick back up. So, this is where I am today. I ask myself, “is this something I’m going to pick up?” Is this? This? I won’t always make the right choice, but it’s my intention to take a pause, a breath, a prayer before making any decisions or commitments. I invite you to do the same. 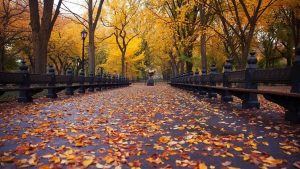 So much has changed since the last time we experienced a “normal” fall. While I no longer know what this word means, I do know we’re back in the sanctuary full time, and church life as we knew it has mostly resumed. However, the last two and a half years have taken their toll. We’ve all been changed.

I believe our congregation did a phenomenal job keeping things going during the pandemic. We continued almost every program and activity and even managed to conduct a racial justice audit. But we’re not a large church, and 80% of this work fell on the usual 20% of volunteers who keep any organization going. I don’t write this to shame anyone, simply to acknowledge that our tried-and-true lay leaders are tired. And it may be time to admit that our congregation (like its pastor) tends to over function.

In the coming weeks and months, I’m going to encourage us to downsize—not our spiritual vitality but the breadth of programs and activities we offer. I’m going to suggest we slow down, listen, pray, and pay attention. I’m going to hope this allows us to see more clearly the path (and programs) we’re called to do. And, as I said at the end of my last sabbatical, six years ago, if something is “joyful, effective, and sustainable,” it might be our work in the world. If not, it probably isn’t.